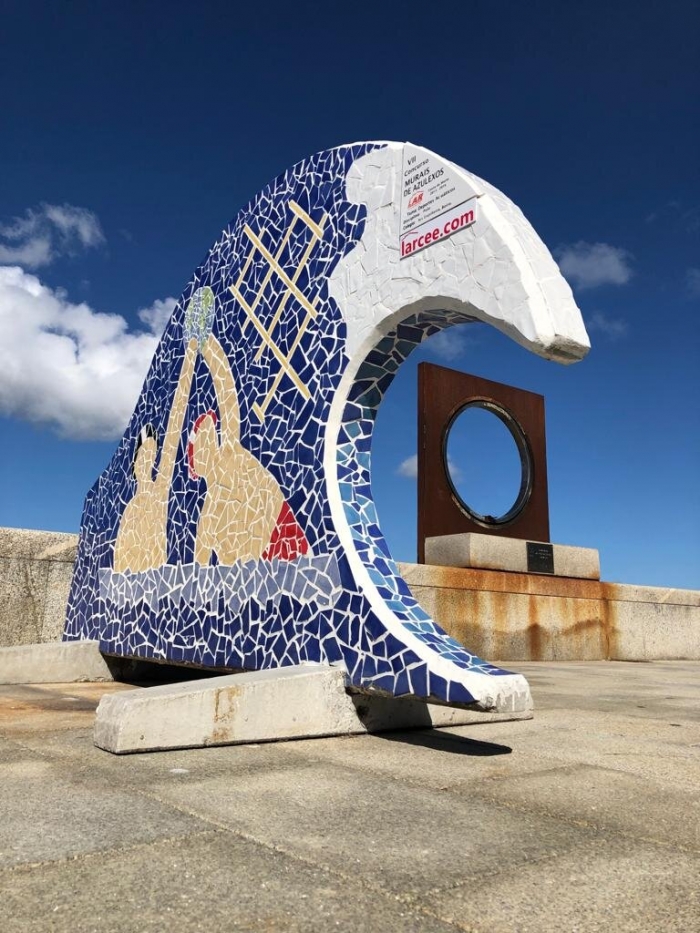 In order to highlight the importance of Costa da Morte, the CMAT organizes a competition with the collaboration of the APTCM association and Lar na escola project.

The Lar na escola project emerged in 2006 with the aim of showing all young people the options offered by the reused tile as a decorative element. For this, a contest is organized every two years between educational centers and non-profit associations that work with people with functional diversity, promoting teamwork and involving several areas: linguistic, plastic and audiovisual.

As a result of the VII Edition, 11 murals were created using Costa da Morte aquatic sports as a theme and aimed to share the wide variety of activities that can be enjoyed in our sea.

This edition was attended by several personalities from the world of sports such as D. Quique Portela, national canoeing coach and international referee of whitewater, currently responsible for the CMC Dumbría. Also joined the activity D. Guillermo Carracedo, Champion of Spain (cup and circuit) of paddle surfing in 2014 (among others), who offered his knowledge in the reports prior to the elaboration of the projects and Abel Lago, Kitesurf professional, 2007 world champion in KPWT in the discipline of Waves, World Sub-champion of Waves in 2008, Racing and Overall and Spanish Champion of Waves and Racing in 2009, who participated in the design of the wave that served as the base for each mural.

With the collaboration of the Sanxenxo city council, who exhibits 8 of the murals on its promenade by the sea, we want to shed some light to the project through a contest through with different accommodations located in Costa da Morte provided by APTCM as a prize.