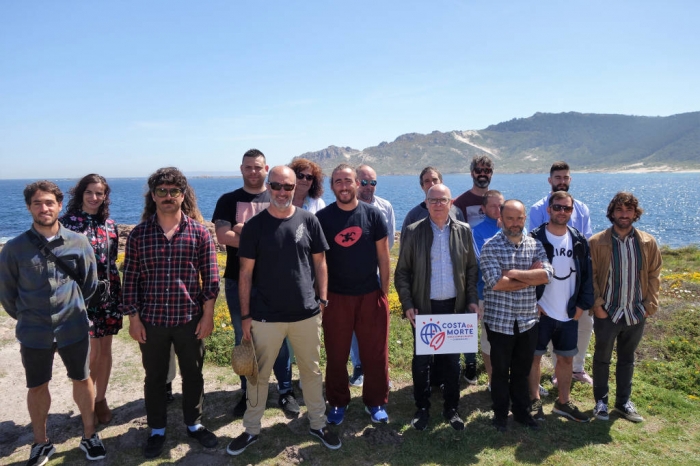 CMAT, as the Managing Director of the Costa da Morte, supports the Diputación da Coruña in the preparation of the candidature to become the second World Surf Reserve (WSR) declared in Europe and twelfth worldwide.

Last Monday, at the Man de Camelle Museum was held a new meeting of the promoter group of the candidature project, promoted by the Diputación da Coruña and in which more than 25 people are involved. Among the attendees, representatives of various public institutions and sectorial interest groups; especially related to surfing.

At this meeting, the last of the project before the presentation of the Application Letter to the Save the Waves organization, was attended by Tony Butt, representative of the organization. In his speech, Butt explained the objectives of the WSR Program, detailed some points of the candidacy process and talked about the benefits and implications of the Declaration; exemplified by the case of eleven reservations already declared. Finally, the letter of candidature was read.

To finish the day, the group visited the Trece beach and the Cemiterio dos Ingleses. The writer Rafael Lema Mouzo accompanied the tour with historical explanations on the shipwrecks on the Costa da Morte and the legends associated with this mythical land. At the end of the day, they shared a meal with typical local products.

CMAT shows its support for the project, which shares its objectives with the Costa da Morte 2019-2021 Tourism Action Plan. In this document, surfing and other nautical-sports activities are recognized as keys in local tourism development.