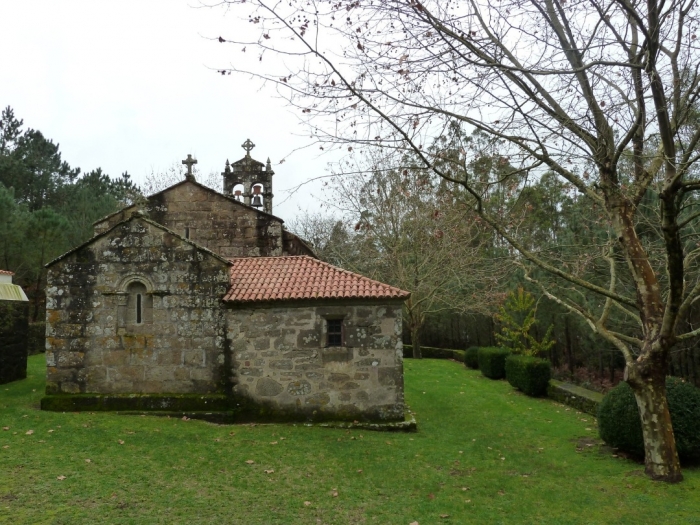 The parish church of Traba is set in an isolated spot, away from the houses. It is oriented in the same way as the churches in the surrounding parishes: the altar is to the east and the main entrance facade to the west. The apse and nave were built at the start of the 13th century but the roof of the nave was changed in 1940 for a brick and cement vault. The structure of the church is Romanesque as can be seen in the walls, the vault and the apse and the typical Romanesque decoration of the exterior.

The main facade underwent its final reform in 1716 and it is thought that the stone altarpiece which spans the entire central section is from the same time.