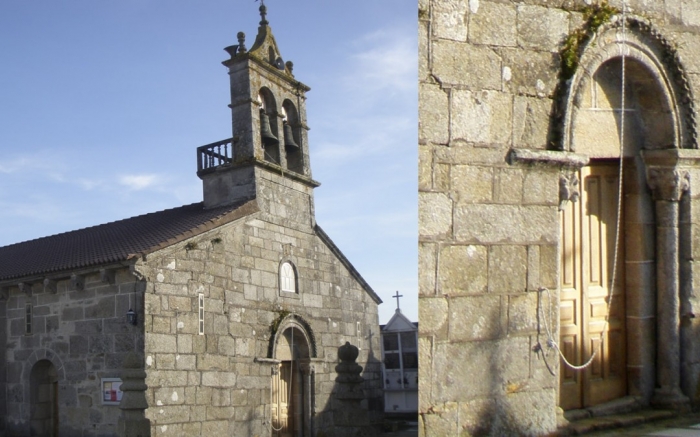 The church of San Fins de Anllóns is in the Baroque style, although its origins were Romanesque.

From the original construction there still remains the simple entrance with Corinthian capitals, the corbels which stick out from the lateral wing, the paving of the atrium and the presbytery where there is a Baroque altarpiece. The bell-tower which olds the famous bells of Anllóns is also Baroque.

Eduardo Pondal, the poet from Bergantiños, referred to the bells in his best known work "A Campanad Anllóns", published in Galician in 1862, a poem which mourns a lost homeland.

Bell, if in the summer season

You should spy St. Johns bonfire

Inform everyone that I am jailed

In the prison cells of Oran.