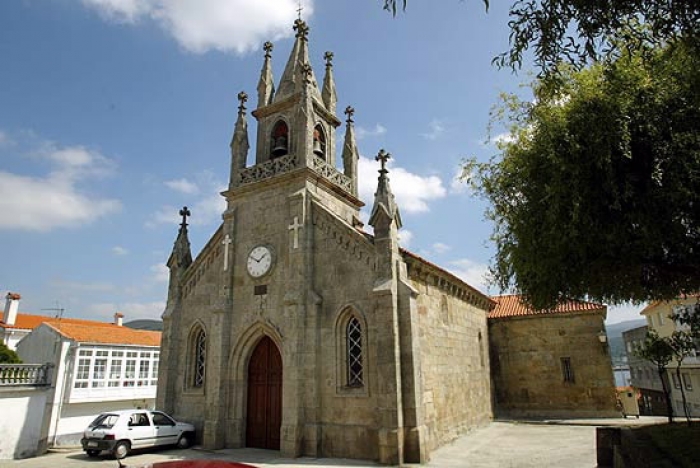 This church is declared a "Cultural Heritage Site". The remains of the Romanesque temple can be seen in the main chapel and in the corbels. The majority of the construction is from the Gothic period and was built in several stages from the early 14th century onwards.

In the early 18th century two chapels were added –a capela do Socorro and a capela do Carmen. When the French sacked the village, the interior of the church was destroyed by fire. In the 19th century the bell-tower was hit by lightning on three occasions. The most serious was in 1885 and coincided with the festivities of San José. It killed three people and 60 more were injured. As well as the tower, it affected the facade and the roof. There are various versions of the origins of San Marcos de Cadeira, which can be found inside the church.

The church has a rectangular layout with one single nave and a rectangular main chapel. The nave is divided into four sections by three pointed arches with arises. The arches are supported on half columns topped with schematically carved leaf decorations. The church has a simple gabled wooden roof. The main chapel has a Byzantine-influenced domed vault over diagonal nerves on pilaster columns.