Surpassed the 200 enrolled to the III Popular Career of the Apostolo of Vilaño - A Laracha. 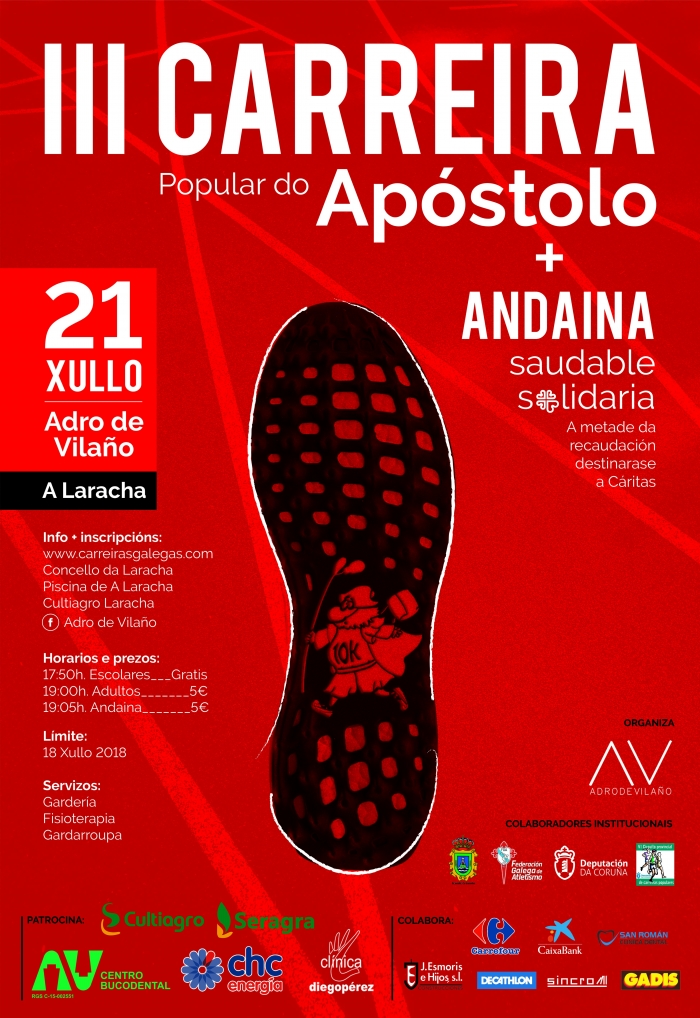 They advance it very good rhythm the registrations to take part in the second edition of the Popular Career of the Apostle, that the Association Adro de Vilaño organizes in the city council larachés, together with a Healthful and Solidary March in profit of Cáritas. The event will be the Saturday 21 of July in schedule of afternoon and the registrations remained opened tie the 18 of July. The interested can do effective the registrations in the web www.carreirasgalegas.com or well of form presencial in the offices of the City council of A Laracha (2º walked) or in the Municipal Swimming pool. The fee is of 5 euros to the absolute categories and freefor  the low of age, all the quotes included a t-shirt of the event.

It fits to highlight that the half of the recaudación of the march will go destined the Cáritas of A  Laracha. The services offered by the organizing association are a kindergarten services  with monitors for them smaller, and snacks for the assistants. The organization shows very satisfied with the rhythm that carry the registrations, since still remains quite plazo to follow increased the participation, and trust to surpass the barrier of the 700 participants of the second edition, which was all a success. The year past was Michel Antelo and Rocio Alvite are the absolute winners of the proof, that this year presents with more competition, since several high-level athletes already confirmed his witnesses to the organisation of the event.