The Museum of the German

This unique, open-air museum was created by the German artist Manfred Gnädinger, known as Man or The German from Camelle. He came to the parish of Camariñas in the 1960s.In Camelle he created his Eden of fantasy and solitude, a place that provided the inner peace he sought and where his artistic creations came to life.

Every visitor to his museum was asked to draw a picture in one of his booklets; it was a way of relating to others as for Man "every paper holds the soul of each person and my goal is to make a great skyscraper with all of them."

In this museum, you can observe the bright colours and the numerous circles that represent the continuous, repetitive cycle of life whichcannot be escaped. Existentialist thoughts surrounded the life and work of this unique character who could be found, at any time of the year, dressed only in loincloths.The sinking of the Prestige oil tanker covered his works - his children, as he called them - in black oil. He never got over the disaster and died a few days later, on the 28th December, 2002. 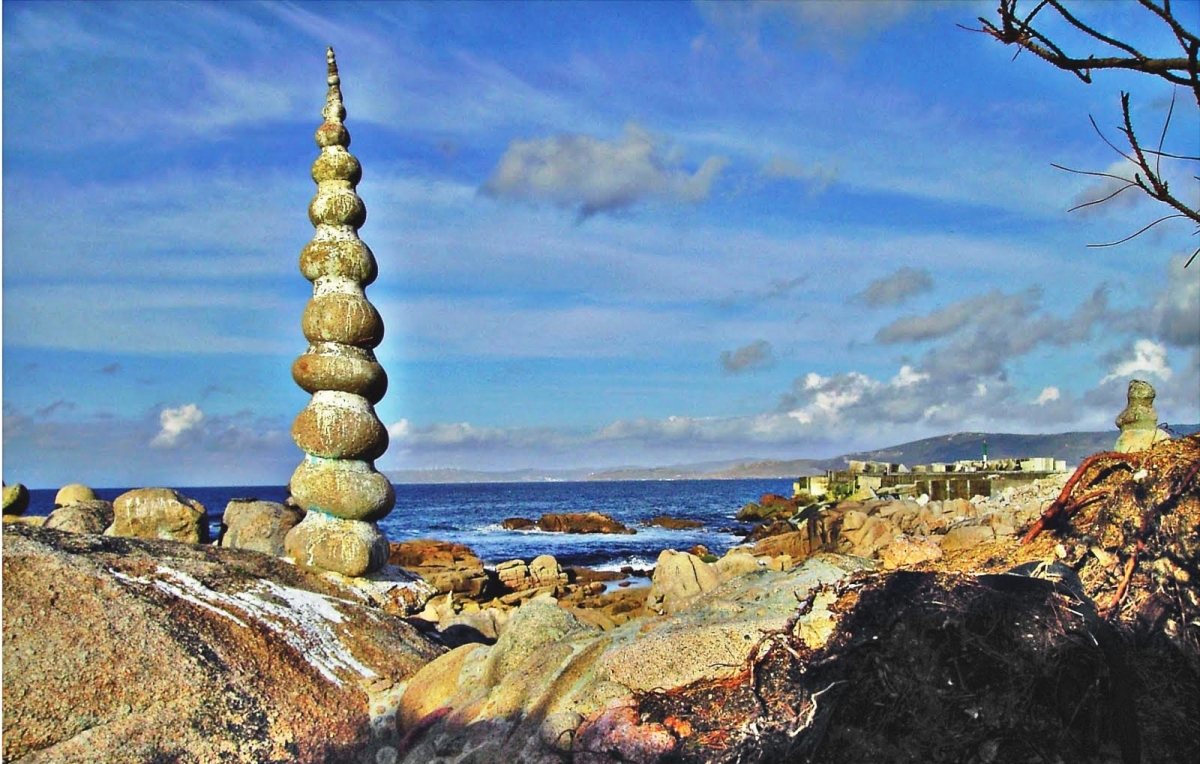