The VII Provincial Circuit of popular races "Deputation of A Coruña" this year arrives to 11 municipalities of the Costa da Morte. 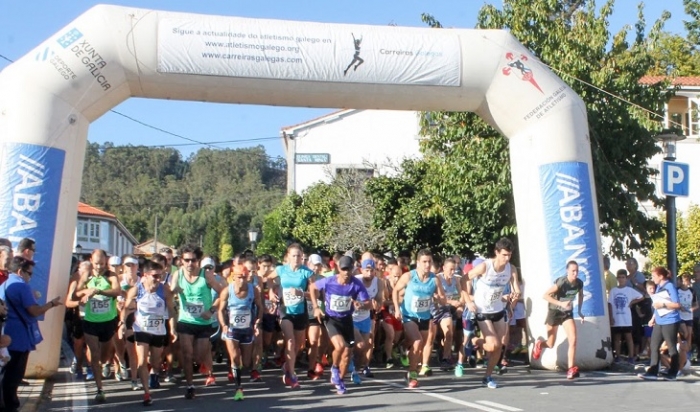 A total of 11 municipalities in the Costa da Morte will host, along this year, other races included in the VII edition of the Popular Race Circuit "A Coruña Provincial Council", organized by the Sports Area of ​​the A Coruña provincial institution in collaboration with the Galician Federation of athletics

The competition schedule, which runs between the months of April and December, will count this year with 30 races in other so many municipalities, in which the organization hopes to count on the presence of more than 18,000 participants in the different categories (benzamine, filly, cadet, juvenile , absolute and veterans), surpassing more than 15,000 last year.

Mazaricos, Dumbría, Zas, Carballo, Cee, Tordoia, Muxía, Laracha, Carnota, Corcubión and Cabana de Bergantiños will be, in this order, the municipalities of the Costa da Morte that will host the races in 2019.

The deputy responsible for the Sports area, Antonio Leira Piñeiro, stressed that the County Council of A Coruña "pioneered" the launch of a provincial circuit of racing, a sports activity that is also organized in other provinces, and thanked the "extraordinary work of organization and coordination of the tests "carried out by the Galician Athletics Federation.

Likewise, Leira has argued that the A Coruña circuit of popular races "is today consolidated as one of the annual events of the provinces wide-ranging sports agenda, as evidenced by the fact that every year it brings together more participants. "We hope to beat our record of participation this year," said the deputy.