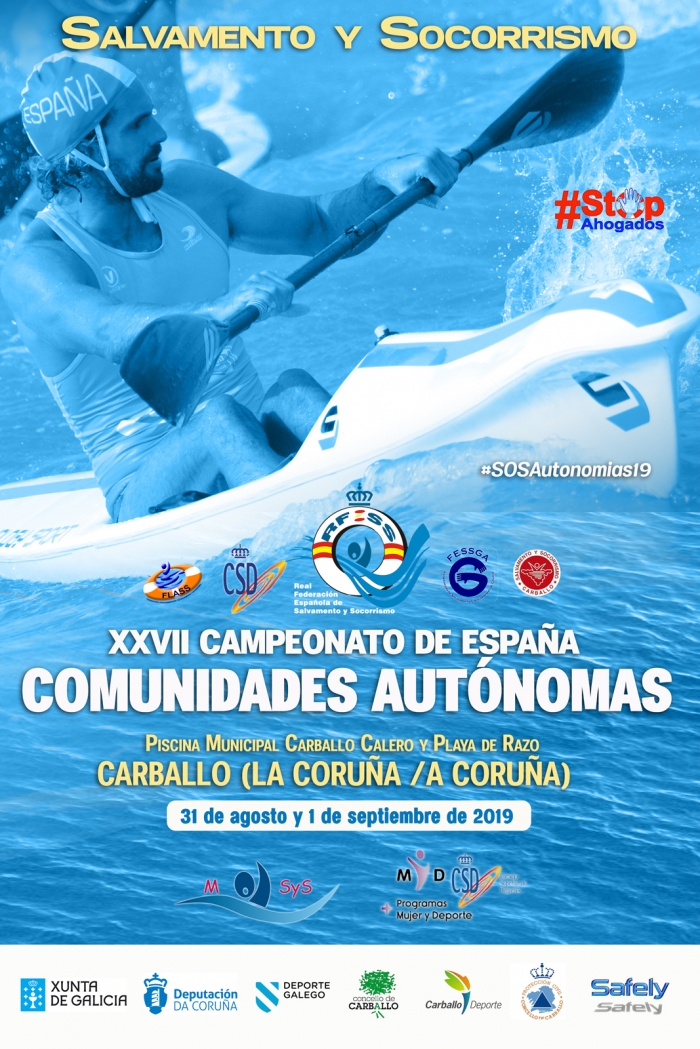 The last weekend of August, Costa da Morte will become the center of sportive activities in the area. Runners, swimmers, surfers and lifeguards will meet in the reference events of their respective disciplines. They will be surrounded by thousands of fans who will come to cheer and accompany the participants, while exploring the destination and enjoying the complementary activities that organize these events.

Thus, on beaches of the Costa da Morte will be decided again, as has been done in previous years, national champions of two disciplines with great roots in the territory.

On one hand, on August 31 and September 1, the 2019 Spanish and Regional Championship of Lifeguard and Rescue is celebrated in Carballo, an appointment of the national calendar of the Royal Spanish Federation of Lifeguard and Rescue. The places chosen for the events are the Carballo Calero Municipal Pool and the Razo Beach.

Nearby, from August 30 to September 1, the nearby beach of Caión will host the Galician Championship of Surfing, Bodyboarding, Longboarding and SUP. The unique conditions of this space for sporting practice make the Galician Surfing Federation chose for the second year in a row this beautiful beach of A Laracha as the venue for the final tests. A day with the best sport and environment in which the best of each category will be decided.

Without leaving the water, on the same Sunday, September 1, will also be celebrated the Travesía Costa Fisterra, the last event of the Travesía Costa Abanca by Duacode, the largest circuit in Galicia in open water. The 2019 champions will also receive their trophies. This year, in addition, as a special activity for closing the Circuit, and thanks to Estrella Galicia 1906, the Fisterra-O Semáforo Lighthouse will host a party with a concert of the group The Swinging Flamingos, in which all the participants of this edition will be invited to a beer, while enjoying the most amazing sunset.

Finally, on September 1, the 18th Carreira de Corcubion will also take place, as a part of the circuit of Popular Races Correndo pola Costa da Morte.This event has already established itself as one of the most revitalizing sportive events in the territory.

A small sample of all the sports activity that fills every weekend in Costa da Morte, and which shows how unstoppable it is to become a reference as a sports tourism destination. Without a doubt, the great landscape promotes the practice of sport and the celebration of races and singular events in almost any discipline.