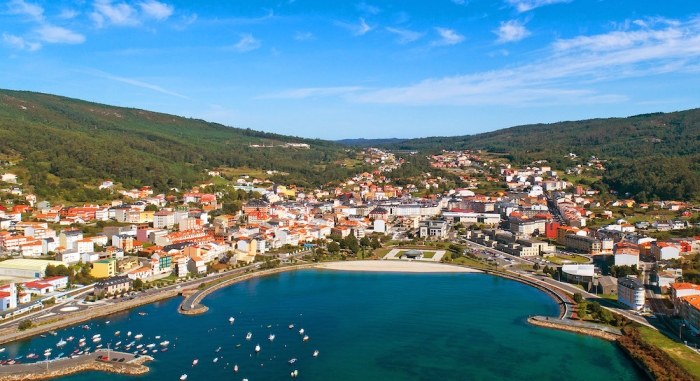 Cee finds  integrated inside the region of Finisterre, in the western slope of the province of A Coruña, inside the limits of the Autonomous Community of Galicia and situated to a distance of some 95 kilometres of the city of A Coruña. The municipal group is constituted by a total of six parish entities, form of common organisation in the Galician territory, that are the following: To Ameixenda, Brens, Cee, Lires, To Pereiriña and Toba. From A Coruña accesses  to Cee across the road C-552 direction Fisterra until reaching the C-550. It is of interest that this road visits all the Galician seaboard. It has estimated  the population, the ceenses, in some 7.600 inhabitants, that distribute  along an extension closely of the 58 square kilometres.