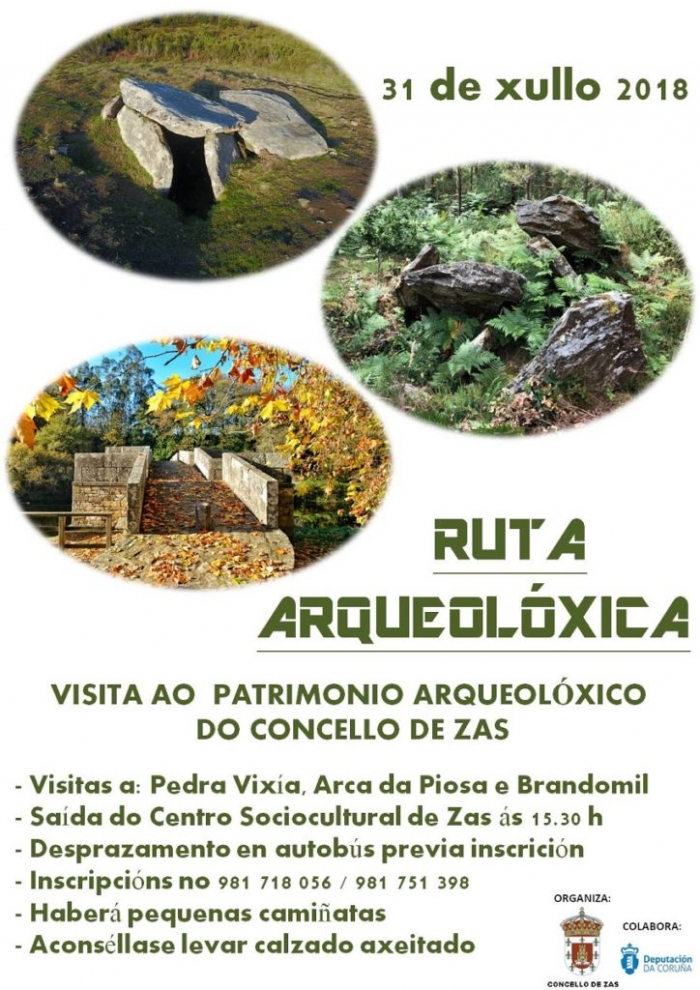 During next days, there will be appointments stop all the publics in Zas like theater, monologues, exhibitions, working areas and two walkways through the which know the archaeologic wealth of the ours municipality. Firstof these routes will be this Tuesday, 31th of July. with a guide, the participants will do a route by varied points of the municipality of Zas that hide distinct archaeologic deposits. The first stop will be Pedra Vixía, where find  the rests of the dolmen of the Dolmen da Pedra MOura. Then a bus will displace to the participants tie the parish of Muiño, where finds  the Arca da Piosa; one of the megalithic monumentswith the most recognition of all Galicia and that inspired it Eduardo Pondal the one who saw in this anta to grave of Brandomil, one of the his mythical Celtic warriors of the ancient Galicia. Once visited the megalithic monument and after knowing part of the his history, the visitors will displace again in bus until Brandomil to know more in great detail the bridge, castrate it and the roman rests that they find  in this small town. The exit will be to the 15:30 hours since it Center Sociocultural of Zas and advises to carry felicitous footwear since they will realize  small walks.