Fernando Agrasar, defends in Gastronomika the "authenticity" as a symbol of Galician cuisine. 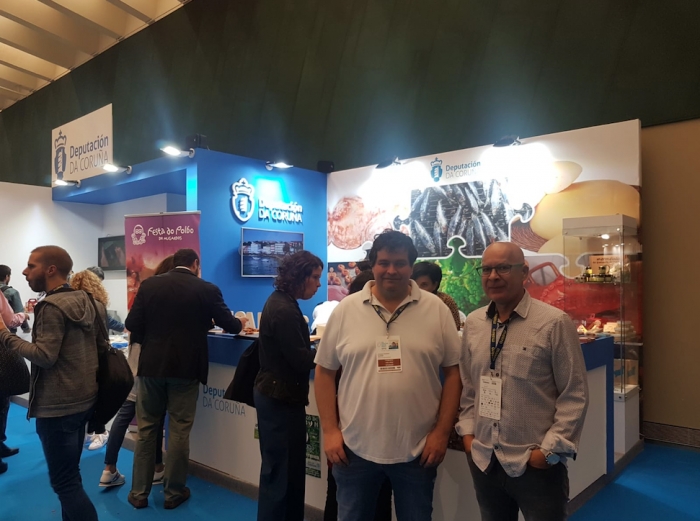 In his intervention at Gastronomika, Fernando Agrasar focused his speech on the quality of the Galician product and the beauty of a unique landscape to affirm that "territory and authenticity are the identity symbol of Galician cuisine." In a forum composed mainly of specialists in the sector, Agrasar gave a hand to examples such as Barizos garlic and onion to account for the quality of the materials that cook Galician dishes and meetings like the popular "Carballo fair where you can still buy Authentic product of the garden of the area, product kilometer zero ". He also highlighted some quality products that are of Galician origin and are being fed to international cuisine such as Portomuíños seaweed.

Within the program in which Fernando Agrasar participated, a pie tasting was developed, which, as it stood out, was prepared in part by the students of the Carballo Cooking School that began its journey with the idea of training professionals in the sector. The owner of As Garzas, from Malpica, thanked the Department of Tourism of the County Council of A Coruña, who heads the deputy Xosé Regueira, to publicize Galician cuisine in events of special relevance for its international promotion such as Gastronomika.

Fernando Agrasar was born in Santiago de Compostela (1973) and is chef and owner of the restaurant As Garzas. He has a Repsol sun since 2013 and a Michelin star since 2010. He is also the director of the first Carballo City School of Hotel Management and has received awards such as "Álvaro Cunqueiro and the Tourism and Gastronomy Award for the Best Business Project of the year 2010.

In addition to the participation of Fernando Agrasar, the Department of Tourism of the County Council of A Coruña promotes products such as Carballo bread in Gastronomika. Gastronomika is held from October 8 to 10 at the Kursaal in San Sebastián where the main names of world gastronomy and the tourist and communication sector specializing in the area are gathered these days, becoming a platform of special interest in the field.

"Participating in Gastronomika is a great opportunity to showcase our gastronomic richness and also as a quality destination. We want to disseminate the unique condition of our offer and this is undoubtedly the appropriate forum," said Deputy Xosé Regueira for whom The presence of the Deputation of A Coruña is "to generate great excitement, with the brilliant intervention of Fernando Agrasar, the tasting of their own products and the attractiveness of a sector that is looking for a unique offer and, as he himself said in his speech, authentic".