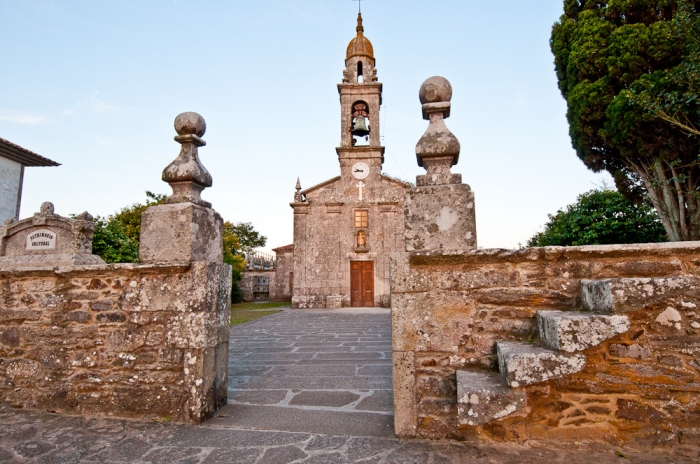 The church of San Martiño de Cores was built in the XIII century and remodelled in the XVIII century. The layout is in a Latin cross and there are two chapels with barrel vaults and bow arches. The presbytery has a half-dome ceiling. The facade is baroque style with a linteled doorway over which there is a niche with a statue of the saint, a square abutment and a bell tower above the church. Above the vault of the Sacristy an inverted Roman altar was discovered.