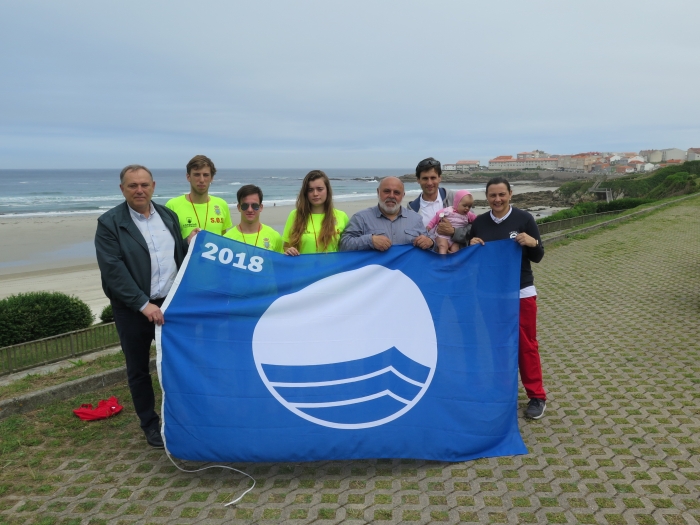 The season of bathroom in the beach of Caión began with the hoisting of the blue flag that will wave in the areal during all the summer. They took part in the act the mayor, José Manuel López Varela, the lieutenant mayor, José Ramón Martínez Fallow, the president of the Federation of Rescue and Socorrismo of Galicia, Nuria Rodríguez, and members of the team of rescue and socorrismo of the beach of Caión.