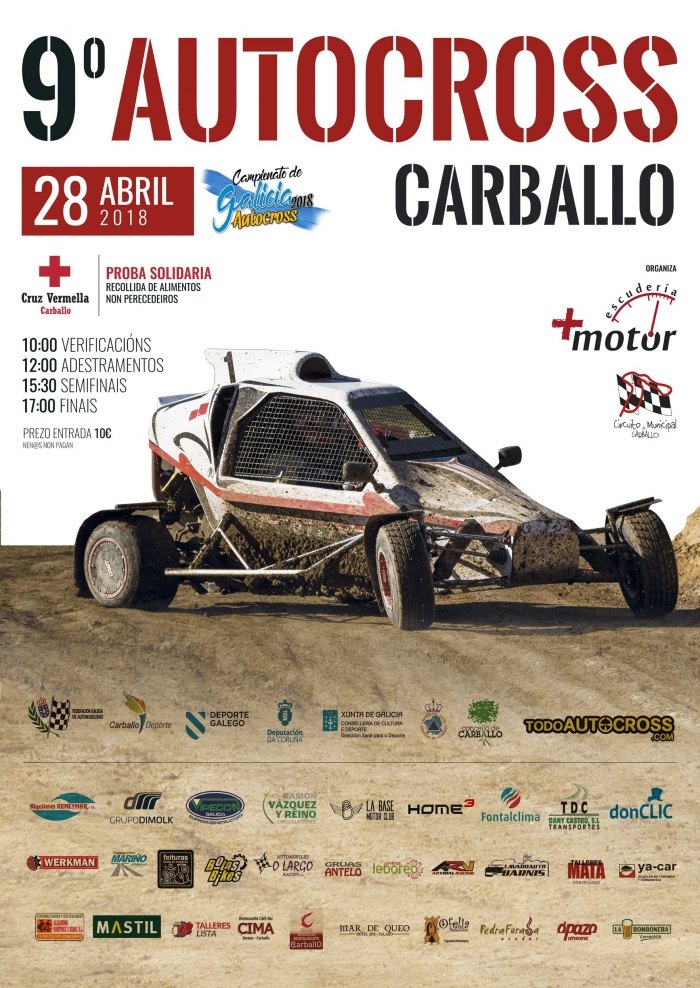 With the 9° Autocross City council of Carballo begins this Saturday in the Municipal Circuit of Bértoa, organized by the escudería local Máis Motor, the Galician championship of the speciality. It Will be the first of the two appointments of the autonomic calendar that they contest in the ours small town; by the following will have to hope tie the 29 and 30 of September. 64 pilots, go in they the best drivers of the region, will struggle put triumph in the four categories in competition: 14 in the category of -1.600 c.c., 15 in the of +1.600, 31 in carcross and 4 in the of 4x4.

As in previous editions, the proof will have a solidary character, also this year to profit of Red Cross, that will install in the circuit a hut where collected basical products destined to the families with less resources. After the technical and administrative verifications of the morning, to the 12.00 hours will begin the free trainings; to the 13.15, the official trainings; to the 15.30, the semifinais to the 17.15, the final B; and to the 18.20, the final.