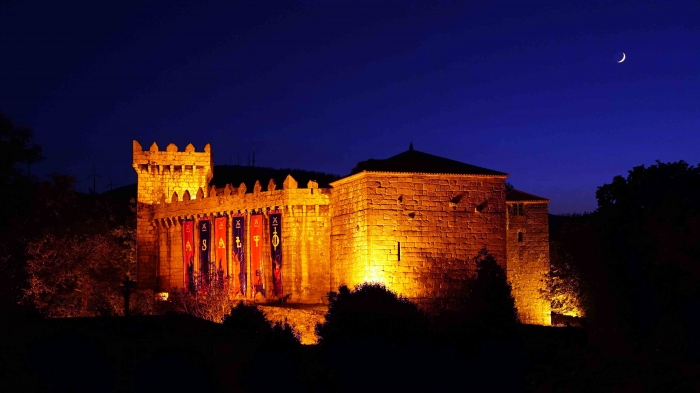 During the year 2018 he received a total of 37300 visitors. This figure means practically doubling the number of visitors from the year 2013 and increasing by 25% the visitors of the year 2017. The highest number of visits was concentrated in the months of July, August and September, with almost half of the visits and an average of more than 6000 monthly visits. Guided tours are one of the main claims of the Vimiancesa fortress. These visits are adapted to the type of public, highlighting the visits of school groups.

In addition to this type of activities, the Vimianzo Castle was one of the cultural centers of the city last summer, since there were various shows that had an enormous reception on the part of the public. With regard to Batanes del Mosquetín, an ethnographic group made up of mills and batanes, in the guided tours almost 2000 people participated. We must remember that this ethnographic set can be visited freely throughout the year.

For the mayor, Manuel Antelo, the visitors numbers confirm the municipal governments commitment to the Castle of Vimianzo. With respect to the Castle, it is greatly excited, since its projection will increase in the coming years with the recovery and the value of its surroundings. Recall that the Vimianzo City Council plans to improve the accesses and the surroundings of the fort with the creation of a public park on the land adjacent to it.

These improvements will contribute in a fundamental way to the growth of visits to the Castle, to the integration of the monument in the life of the city and to the enjoyment of both the castle and its surroundings, on the part of both the visitors and the people of Vimianzo.