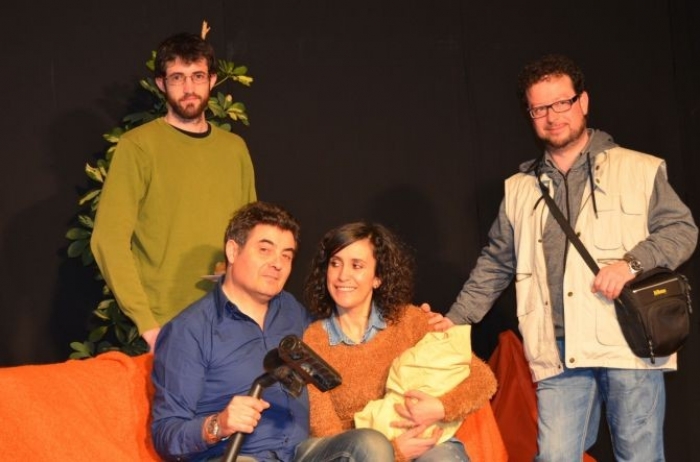 The City council of the Laracha presents the program of the eighth edition of the cycle of theater of Paiosaco. The Primavera Teatral, afianzada how one of the big referents of the municipal cultural programming, will develop along the month of April in the auditorium of the centre sociocultural of this seat and will feature of three shows. The City council of the Laracha goes back to bet for attaching the scenic arts to the neighbourhood in general, with proposals especially directed to the public teenage and adult in the that the humour will be the main main character.

The first function is Pan Pan!, that will bring to Paiosaco the day 13 of April to company To Bakery. It treats of a comedy with music in direct in the that parodian the westerns American. It goes directed to senior of ten years of age. The Friday 20 of April offers D.E.P., a comedy of death to charge of the company Malasombra Productions. Xoque Carbajal, Jouse García and Patricia Rodríguez star this fun show ?Directed to senior of 18 years- in the that two brothers intend to give an empurronciño to the his mother to solve his economic problems with the inheritance.

The cycle will close the 27 of April with Senior, funny show ?Directed to senior of 18 years- to charge of the known actors Luis Iglesia and Marcos Orsi, that laughed of yes same with a text of creacióm own envelope to crisis of the 50, the moment in the that abandons the maturity to begin to be senior. All the works will put in scene in the auditorium of the centre sociocultural of Paiosaco from the 21:00 hours, with free and free entrance.