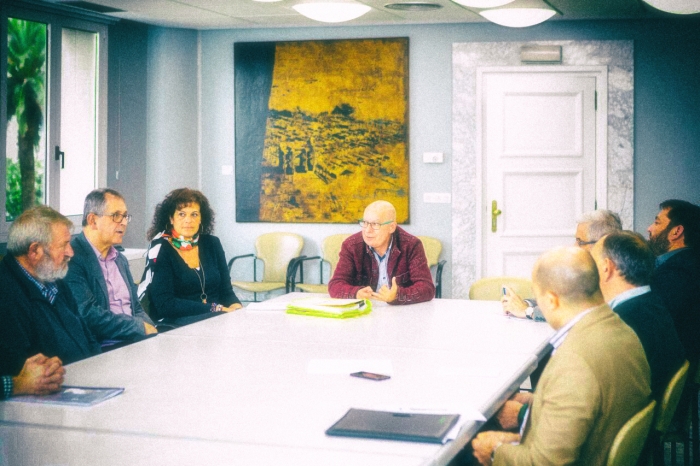 The five mayors of the territory that crossed the River Anllón met today with the responsibility of the Department of Tourism of the Regional Council of A Coruña, Xosé Regueira, with the idea of taking the first steps towards the development of a tourist development project around the river . The "Anllóns Project" will be one of the initiatives of the Heritage Plan of the Regional Council of A Coruña.

The municipalities of Laracha, Carballo, Cabana de Bergantiños, Coristanco and Ponteceso and the County Council of A Coruña come together to structure a tourism development project that has the river Anllón as the central axis that will revolve around hiking, the interpretation of the nature and heritage. At the meeting, the inclusion of Malpica and Laxe was proposed, although they are not part of the river course, so the project belongs to the entire Bergantiños Region.

The "Anllóns Project", as the initiative has been called, has begun to walk on the horizon of the year 2020 and with the idea of being part of the Heritage Plan of the Regional Council of A Coruña. In the first meeting, held on Tuesday at the institutional headquarters of A Coruña, the five mayors of the territory, the mayor of Carballo, Evencio Ferrero, Laracha, José Manuel López, Cabaña, José Muíño Domínguez or Coristanco. Abraham Gerpe and Ponteceso, Xosé Lois Carballido, the deputy of Tourism, Xosé Regueira and the technical staff of the tourism and intervention areas of the Regional Council of A Coruña.

The initiative is included in the line of tourism promotion and development related to the Heritage Plan, in which other seven projects are integrated for the conservation and dissemination of the cultural and natural heritage, such as the Ortegal Path, Compostela Rocky Park, the Megalithic Archaeological Park or the Mandeo Biosphere Reserve.

Representative Xosé Regueira referred to his intervention at the Mandeo project to show "the potentiality of a river resource as an articulating axis of the entire natural region, with a capacity for tourist attraction and economic promotion of the territory." About the Anllóns, Regueira insisted on "wealth of a river with natural heritage and heritage, history and key literary references in our language with the figure of Pondal fundamentally."

At the meeting, the Anllóns potentiality for hiking and the interpretation of nature, with the outstanding elements of the territory that crosses the river, was highlighted in a special way. The institutional representatives of the municipalities and the Deputation pointed to the need to prioritize inter-municipal cooperation and, like the other projects, establish the lines of action for the development of a future directorate that establishes the urgencies and the steps to follow for the elaboration and consolidation of the project .