The Deputation presents the project of the Park do Megalithism of Costa da Morte to ten city councils. 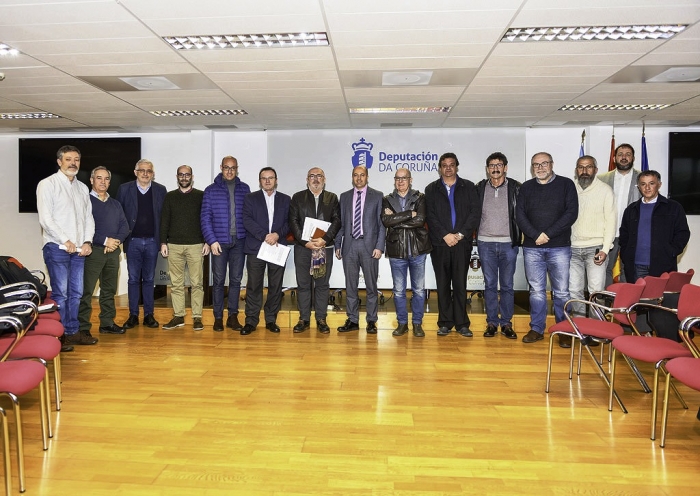 The manager of the area of Tourism and Heritage of the Deputation of the Coruña, Xosé Regueira, kept this morning a meeting with municipal representatives of the ten city councils that will spend to integrate the project of impulse of the Park of the Megalistismo of the Costa da Morte. In the meeting, presented the main characteristics of an agreement collaboration supramunicipal with the that since the provincial institution intends propel the put in value of the elements megalíticos that possesses in the his territory.

The joint, the first in the that took part mayors, councillors and secretaries of Ponteceso, Cabin of Bergantiños, The Laracha, Carballo, Dumbría, Laxe, Malpica, Mazaricos, Vimianzo and Zas, served to expose the main apartados of an agreement of collaboration, that to be approved by cadanseu full municipal and, later, in the full provincial, will have consigned a split budgetary of 500.000 euros by part of the Deputation of the Coruña.

The deputy and responsible of the area of Heritage of the Deputation, Xosé Regueira underlined that ?This project has by object cohesionar the territory through models patrimoniais, propelling the megalitismo since the cooperation go in the city councils and the Deputation?.

With this performance, the area of Heritage of the Deputation of the Coruña intends to affect in the socialization and divulging of the resources patrimoniais that possesses his territory boarding the optimización and homogenization of the sinalización of the monuments, the improvement of the his accessibility, the manufacture of different plans of communication and education and, even, value the possible acquisition of that historical heritage that it find in personal hands.

At these moments, the provincial institution will remit a draft of the agreement frame it each of the city councils, that together with the Deputation will manage during them next catros years of joint form the performances and activities that will realize around the different monuments megalíticos. Like this, during this period of analysis, the city councils will have the possibility to attach the proposals and improvements that consider opportune on it document initial.