The Deputation will invest 1.1 million euros in the creation of a pedestrian itinerary in Corcubion from Quenxe to the Cee lighthouse 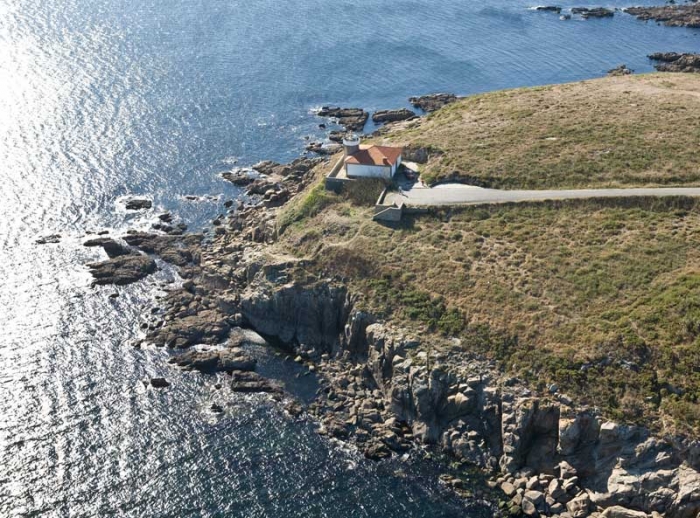 The Road and Works Commission of the Deputation of A Coruña has unanimously approved the project for the extension, improvement of the layout and construction of a pedestrian path on the DP 2801 from Corcubion to San Roque by Redonda.

The project, which will be definitively endorsed in the plenary session of March 29, will mean an important investment of 1.1 million euros, of which € 1,077,304.32 corresponds to the works and € 66,335 to the expropriations necessary for the execution of the same.

The works will include the extension of the road to 7 meters wide (two 3,5 meters rails), with a half-meter arch and a pedestrian path 2 meters wide by the left bank of the road, which will run from kilometer 0 +780 (Quenxe) at 2 + 554 bordering the estuary and will be extended later by the branch that leads to the lighthouse, passing through the football field. The branch will have a platform of 6 meters and path of 2 meters wide.

Besides the extension of the road and the creation of the path, the works also include the improvement of the route in points like a curve at the height of Cobiña beach and will suppose "an important improvement of the pedestrian security in an area very visited by the neighbors", according to the president of the County Council, Valentin Gonzalez Formoso.

The path of the lighthouses would connect the entire peninsula

This ambitious project could be completed in the future with the Path of the Lighthouses, one of the projects included in the Provincial Government Mobility Master Plan, currently pending the award of EU funds for the construction of cycled or pedestrian paths that will connect 11 lighthouses of the province, among them The one of Cee, in operation from 1860. This project would suppose the future creation of a pedestrian itinerary that would border all the peninsula of Corcubion