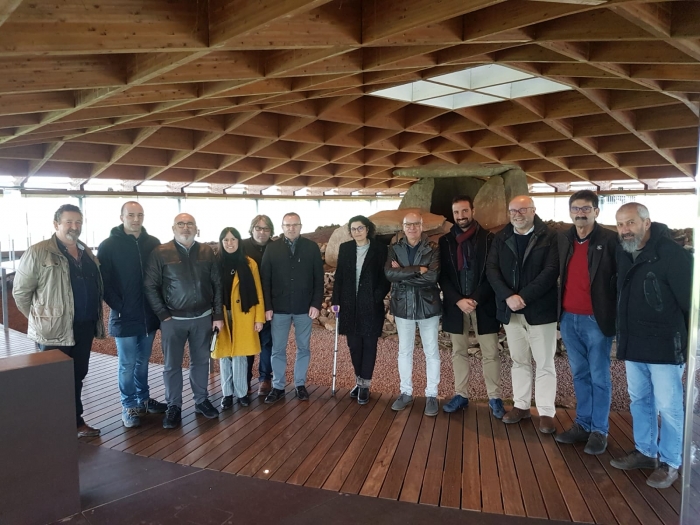 The mayor of the municipality of Dumbría, José Manuel Pequeño Castro, will be the first president of the Steering Committee of the Management Committee of the Megalithic Park of the Costa da Morte, which this Wednesday held its first meeting at the Dolmen de Dombate. During the meeting representatives of the city councils of the Park and those in charge of the Heritage and Tourism areas of the A Coruña Provincial Council, Xosé Regueira, participated.

The mayor of Dumbría, José Manuel Pequeño Castro, was elected this Wednesday the first chair of the Management Committee of the Megalithic Park of the Costa da Morte, when deciding to start the turn by number of inhabitants from minor to major.

The Steering Committee of the impulse project for the Costa da Morte Megalithic Park held its first official meeting at the Dombate dolmen, undoubtedly one of the emblems of the project, after being constituted last week at a previous meeting held in the Deputation from A Coruña. The first official meeting had as the sole point of the agenda the election of the Chairman of the Steering Committee.

Mayors and municipal representatives of the municipalities of the Laracha, Cabana de Bergantiños, Carballo, Dumbría, Laxe, Malpica de Bergantiños, Mazaricos, Ponteceso, Vimianzo and Zas participated in this meeting that, according to the deputy Xosé Regueira, "already starts a work that is Will materialize in the coming months when the first actions to be decided are decided upon, for which the County Council already has a planned budget of 500,000 euros.