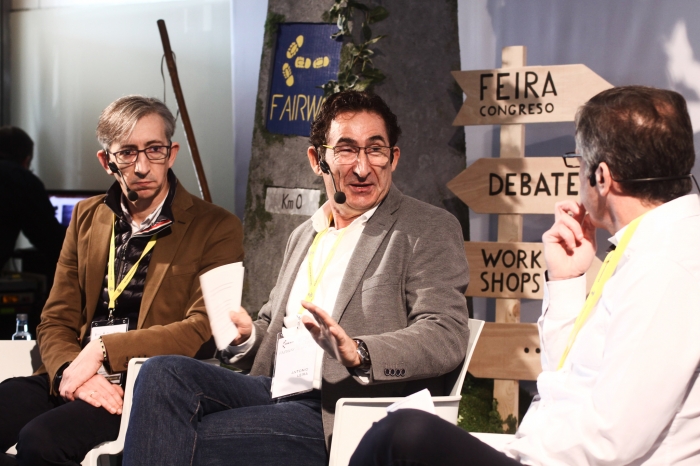 Leira highlighted "the enormous tourist and economic potential for the province" of the two Jacobean routes that flow entirely through the territory of Corunna: the English Way, which in 2018 registered an increase of 25% pilgrims and the Fisterra-Muxía Way, which fired the number of Hikers in 70% with respect to 2017.

The provincial deputy stressed that, since the beginning of the tourist development activities to date, the numbers of influx of pilgrims have increased from 1,500 to 15,000 today, "and we hope that this year the figure will increase to 20,000" he pointed Leira has gone back to the origins of the Fisterra-Muxía Way in order to show the history of this path and "put it on the international scene", as it records an increasing influx of pilgrims of different nationalities.

On the other hand, Ezequiel Mosquera narrated his personal experience as a pilgrim and detailed some of his favorite locations along the different sections and stages of the Way.