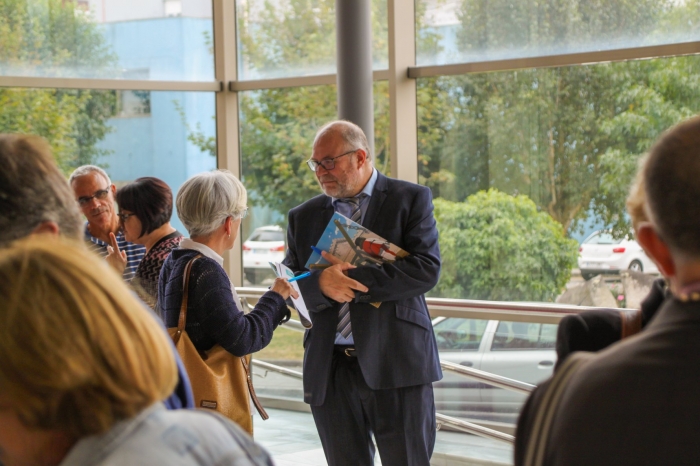 Manuel Antelo, Mayor of the City Council of Vimianzo, valued the 1st Symposium on the Castle of Vimianzo that was developed during the past weekend as a resounding success since they participated around one hundred people, the specialists explained the history of the Castle, lighting up Some dark areas and the future project for the fortress was presented to citizens.

The Mayor announced that in a short period of time, the settlement works of the western part of the Castle will begin, adapting it as a park with paths. These works have as objective the value of the surroundings of the Castle and its integration in the town of Vimianzo.

The deputy Xesús Soto announced the commitment of the County Council of A Coruña to collaborate in the improvement and enhancement work of the fortress. He announced that the Plenary of the County Council of A Coruña gave a green light to an aid of more than 260,000 to execute these interventions. The mayor recalls that the congress on the castros was essential at the time of initiating the excavations at Castro das Barreiras or the congress on megalithicism was the starting point for the acquisition by the municipality of the megalithic monuments of Vimianzo. Antelo remembers that recently the City council of Vimianzo has acquired the property of the dolmen of Covered Stone and has apalabrado another monument that at this moment is pending to write it.