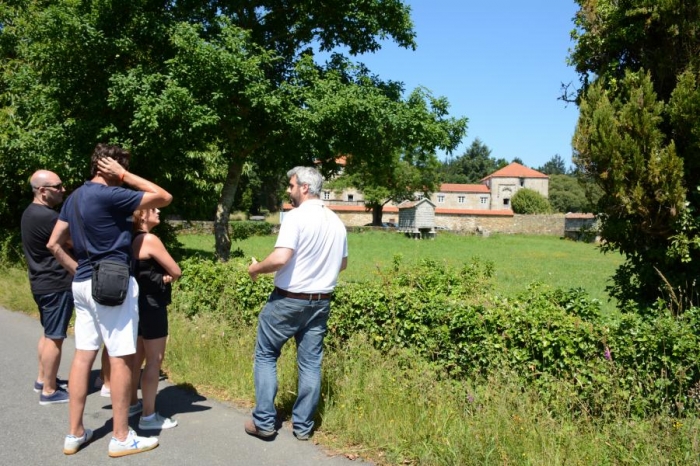 Last February, Torres del Allo received a visit of 204 people, 89 more than in the same month of 2018, becoming the best February in the whole historical series of the palace with much difference. It should be noted that the origin of the visitors from the municipality of Zas was scarce, with 10% of the total; which indicates that the monument is entering a phase of seasonalization of the visitors. 33.8% approached from all over Galicia; 44.5% resided in the Costa da Morte; 7.3% corresponded with the public arrived from the rest of the State; and 2.5% came to visit the Torres del Allo from other countries in Europe and the World.

34.8% of the people who visited the palace and their surroundings did it in family; while the couples who decided to travel through Torres del Allo accounted for 21.2% of the total. The informal groups also constituted an important part of the visits with 16% and the people who did it of individual way reached 27%.

These data also contribute to the didactic program for schools that is carried out by the Culture Department of Zas. This month, the pazo visited the IES Ramon Caamaño, who was given a guided tour specifically for the students age and the "Family Shield" heraldry workshop, where they learned the basic rules of the symbolism of nobility and developed their own model.