Torres do Allo beats afresh record of visiting in July with a 50% more. 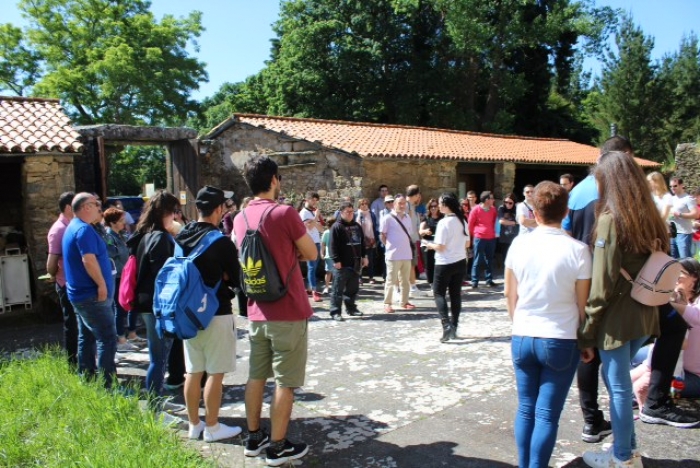 While the trend of touristic afluence of this 2018 seems more discreet that in the previous year, the monument of the City council of Zas comes to surpass by a lot the figures of visiting of the spent 2017. They are already more of 4.000 people those that attached to know the pazo and his surroundings since it 1st of January tie the 31th of July and realized any of the his activities. A data that surpasses the visiting of all the year 2015 or 2016.
So only during it last month the Torres do Allo had more of 1.500 visitors, what supposes an increase of more of the fifty percent with concerning the even month of the previous year, in the that no surpassed the thousand. An average of 51 daily people attached to visit freely the museum, realize the visits guided, the game of tracks, assist to the theatre visits, or take part of the special activities as the contest of photograph, the cinema to the free air or the Day in the Towers for nenxs. In July the Torres do Allo the opened everydays.

It is to highlight also the change of trend in the visiting profile that produced thanks to the activity star of this will see Get away it Room "Pazo do Allo", with more of 500 participants from everywhere of Galicia. This game of escapism achieved to attract to the pazo more ancient of Galicia to the youth of amongst 16 and 30 years, a public that before situated to the tail of the statistical and that now duplicate his data with more of two hundred boys and young.
Regarding the origin of the visitors highlights in this month of July the public arrived of the rest of the Been with more of a third of the total number. The Galicians and Galician from everywhere of the country constituted the most numerous group with a 43% of the total visits. The pertinent people of the Costa da Morte were something more of two hundred, a 14%; where visiting of the own city council of Zas did not spend of 8%. Forty-five people arrived also of other European countries.