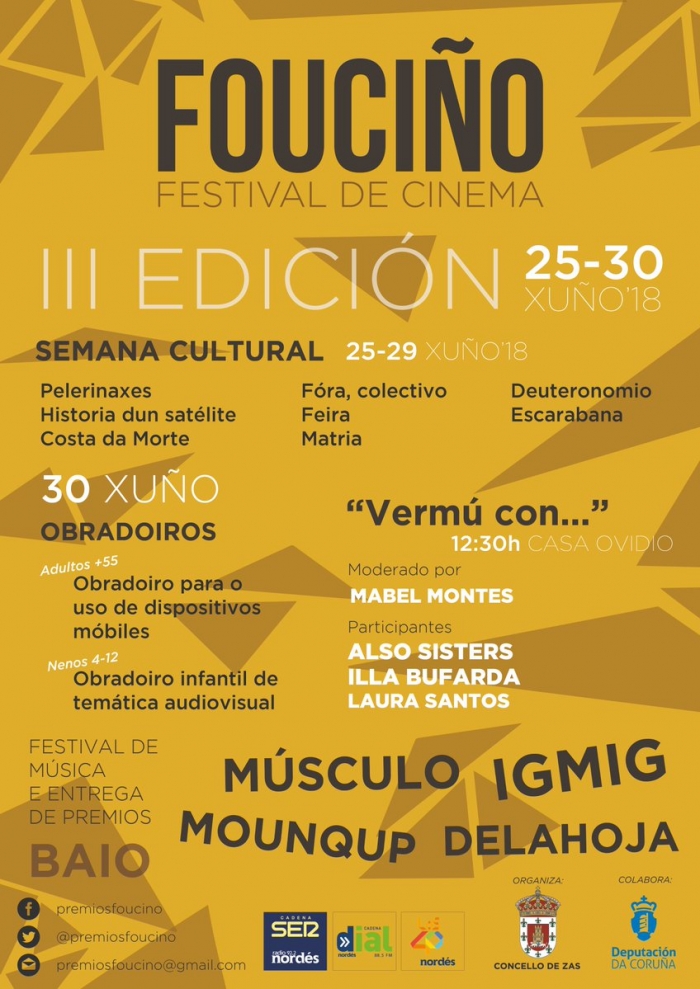 The big day of the  Fouciño Prizes already is to the turn of the corner! This Saturday, Baio will be a benchmark stop the Galician audiovisual sector and stop the alternative music. But before we have to opened the doors the this third edition of this festival of cinema organized put City council of Zas. This will be tomorrow, Friday, in the Torres do allo from  21:00 h an act open for all the public.

In this luxury showroom will project "Historia de un satelite". A surrealistic film  directed by the twin brothers Sonia and Miriam Albert-Sobrino, known like Also Sisters. To the end of the projection, will do a colloquium with the directors accompanied of some snacks and wine. In addition to the directors of the film, will go to the act of the Mayor of Zas, Manuel Muiño; and the Councillor of Culture, Manuel García ; together with the group of young people collaborators in the organisation of this festival of cinema.