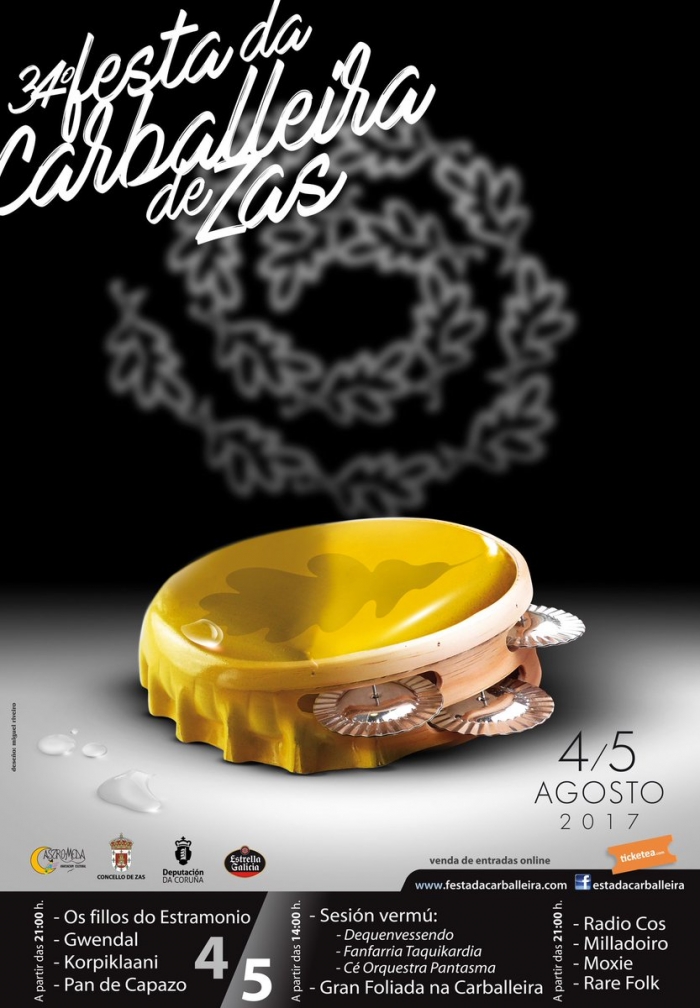 Galicia has always been a land of religious festas and romarías (processions or pilgrimages). However, as the religious importance of these events has waned, many of the celebrations have been lost whilst others have changed with the times or been replaced by other, non-religious forms of celebration.

In Zas, the Festa do Santísimo Sacramento (The Feast of the Holy Sacrament) has been held on the last Sunday of August since time immemorial.

But about 40 years ago, during the afternoon of the festa, the men of the area started to head down to the riverside to picnic under the shade of the oak trees.They took polbo (octopus), wine, sardines, corn bread and so on, and it was all accompanied by the music of Os de Montouto, a group of gaiteiros (bagpipe players) from Xallas. It goes without saying that the wives were not invited: it could have brought their honour into question. As night fell, they would return to the Plaza del Campo to rejoin the "official" celebrations.

As this gathering became an annual tradition, problems started to arise: there was the question of money, but the main problem was that the owners of the lands that got trampled put a stop to the festivities for a number of years. Fortunately, two years prior to the founding of the Castro-Meda Cultural Association, the future directors of this group took over the running of the villages Comisión de Festas (Festas Committee) and the tradition of heading down to the oak forest by the river during the afternoon of the day of Santísimo Sacramento resumed with the intention of enjoying an afternoon picnic accompanied by traditional music. That was back in the 1980s and by then, the number of women who went along equalled the men.

So, in 1986, the Cultural Association started to organise this event whilst the rest of the days festivities were run by the Festas Committee (with some overlap of responsibilities). The tradition continued as it had been before until more obstacles arose: the landowners complained once more and as a consequence of the celebration of the picnic in the Carballeira (oak forest) growing in size and the relevance of the religious aspects diminished, the Cultural Association became the direct competition of the Festas Committee.

For these reasons, the dates and location of the afternoon festivities were changed on occasion and the organisers decided to hold the event in the Carballeira de Velar on the first Saturday in August, and that has been the case for a number of years now. Their aim was always to be able to spend an afternoon down by the river with music and dancing (both traditional and more modern), enjoying typical local foods and wine in a lively, fun atmosphere. Obviously, the organisers, the bands who play, the people that come and the area that the event occupies have all evolved and grown over the years, not to mention the effort involved in organising it all! But the original intention remains the same and the event is as much fun now as it ever was.